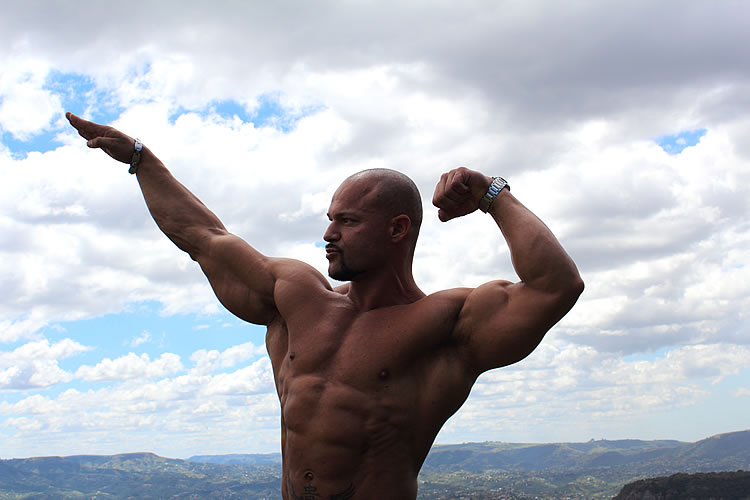 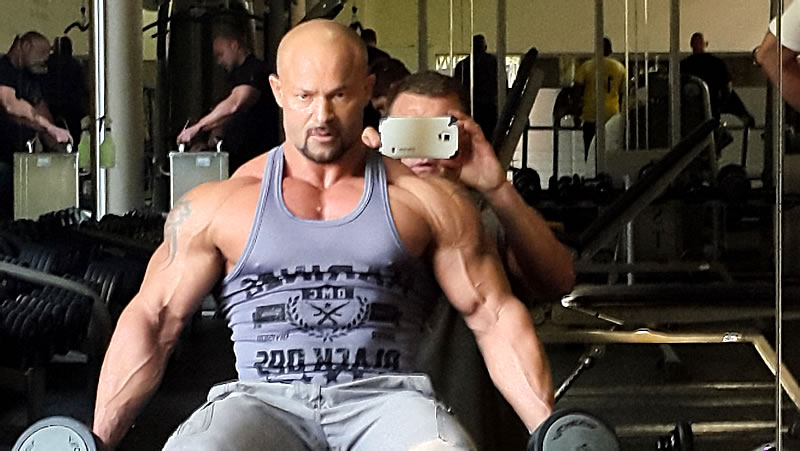 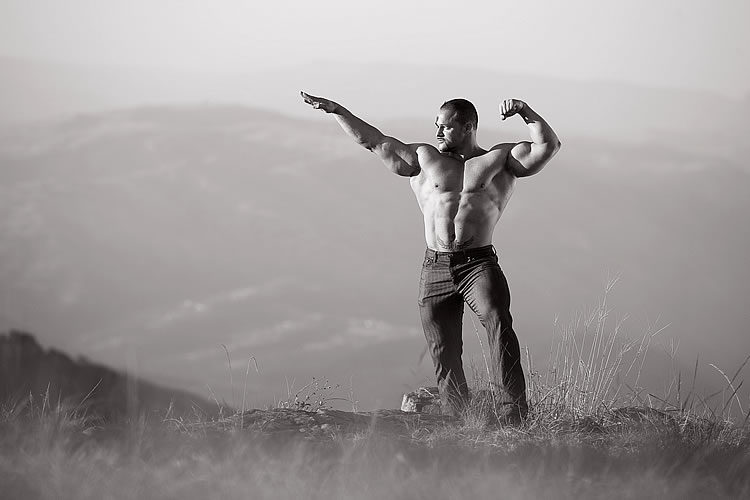 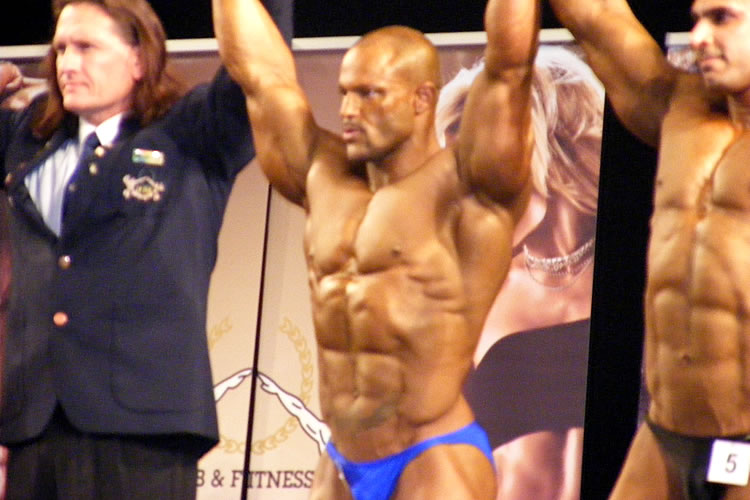 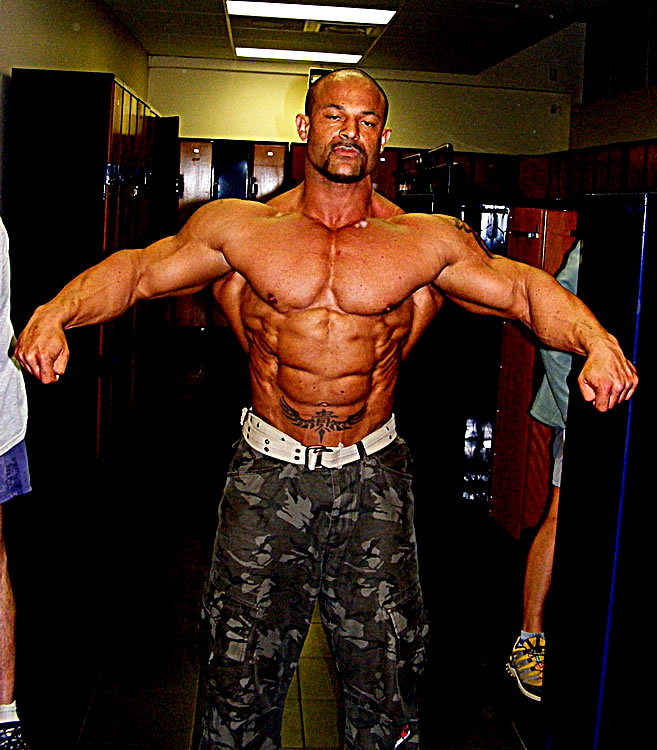 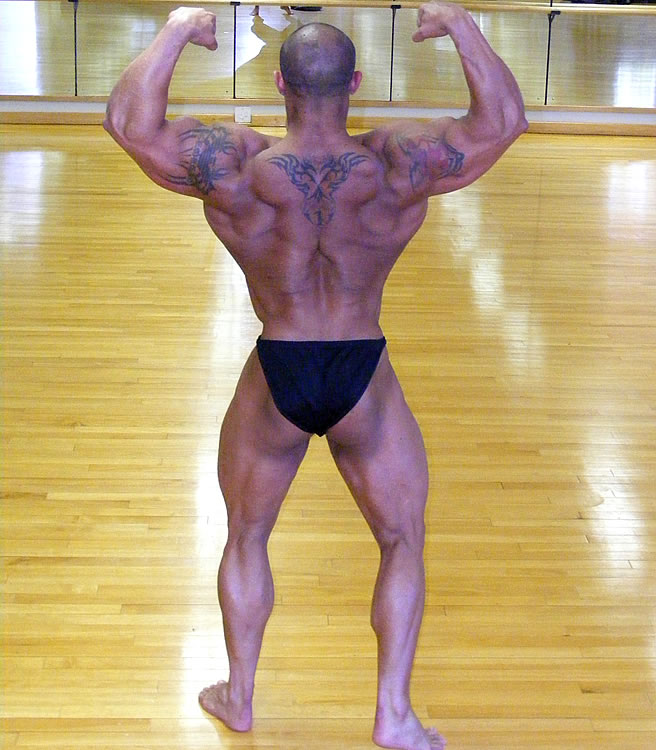 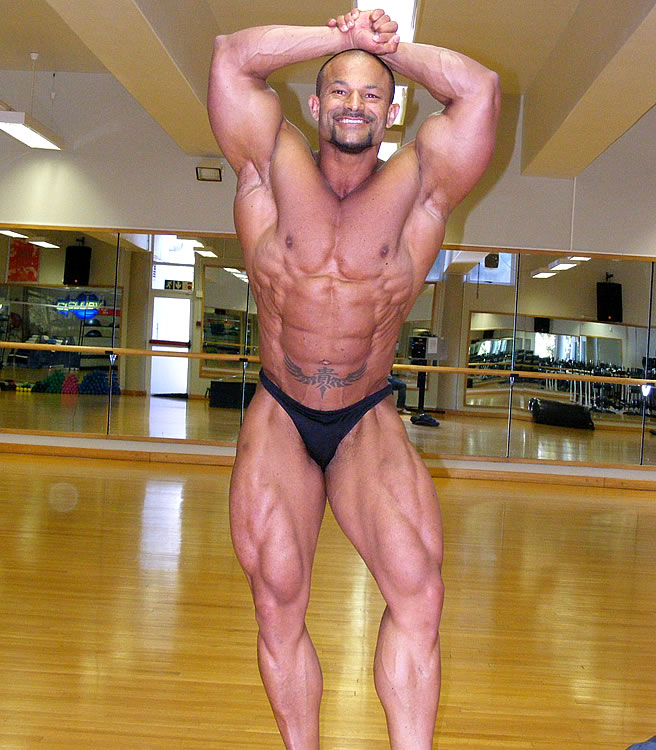 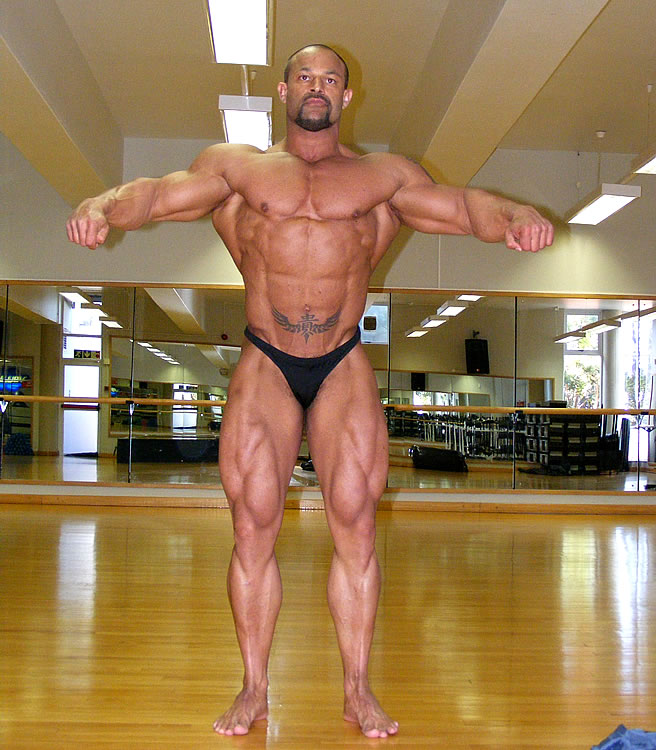 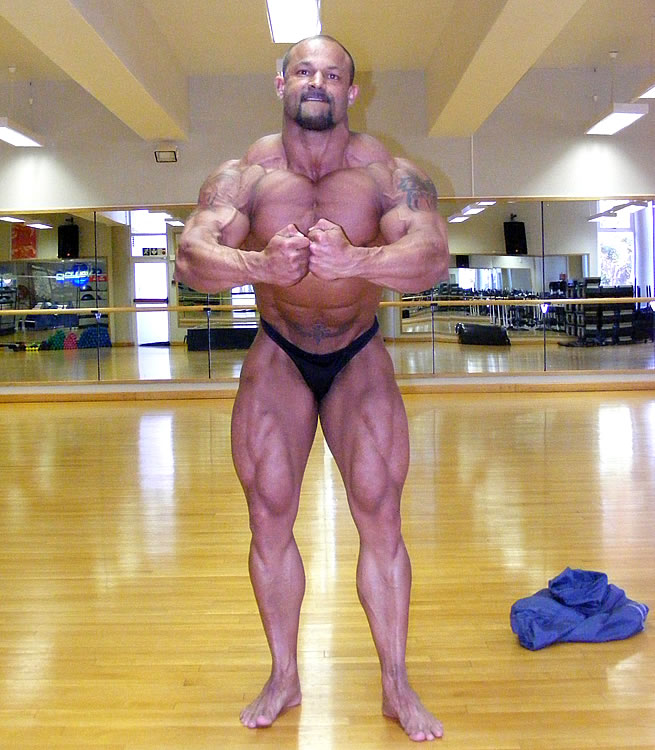 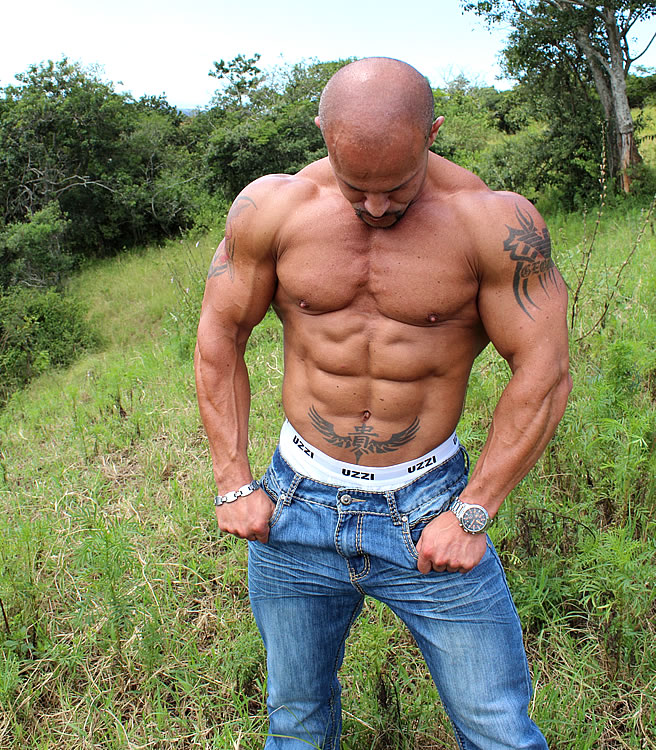 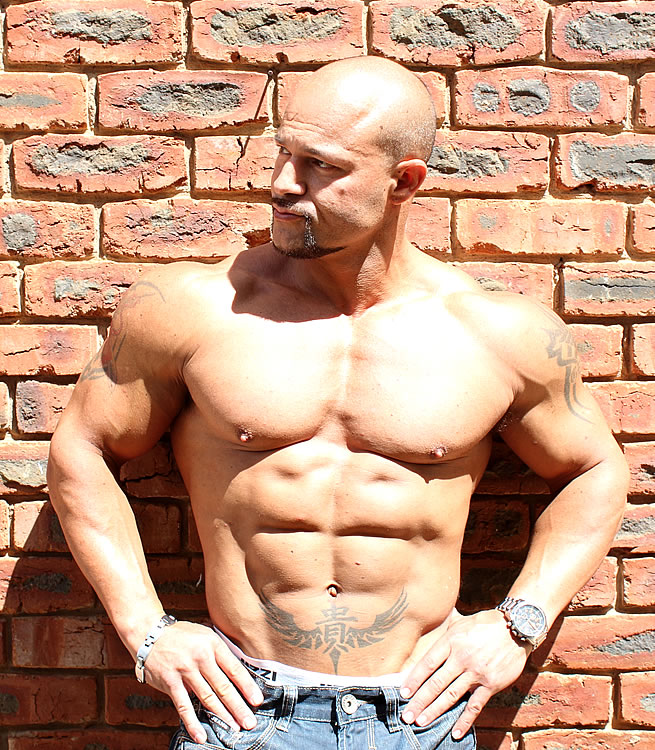 I would say I am a perfectionist, I recognize my own faults and flaws and the older and wiser I become the more I am trying to correct them and be the best human being, father and partner to my future wife that I can be. My life partner Crystal my amazing son KYLE and precious little GIA mean the world to me and are a constant source of inspiration, they all drive me every day to be better in all respects. On the training front I am striving to be the best possible athlete that I can be. I am extremely aggressive in my training style, I won’t mentally give up and concede defeat till my limbs cannot move.

I am sure that on my fathers side we descended from a warrior nation in the Scottish highlands, as it is this primal do or die attitude that instinctively powers most of my brutal workouts, allowing me to push myself further and harder than most on the the quest for ‘perfection’. I am very competitive and do not like to accept second , when I train , I train to be the best.

Bodybuilding came as a result of me always having a fascination, respect and admiration for rugged and muscled physiques. When I was growing up it was celluloid stars such as Stallone, Van Damme and Schwarzenegger, who left an indelible impression in my young mind of what the ultimate physique should look like. A RUGBY injury would lead me to take up resistance training and experience for myself the amazing metamorphosis afforded to me through weight training. I was instantly hooked, bitten by the ‘iron bug’.

I entered a few local bodybuilding shows, placing 1st lightweight in the Mr Durban 95’ and 3rd middleweight in the Natal Intergym 96. I decided to leave the contest arena in the search of forging more mass. I re-entered in 2006 having slapped on + – 13 kg of rock hard muscle and placed 1 st in the KZN Open Champs followed by a controversial 3 rd place at the S.A Champs a week later.

In 2009 I entered the IFBB KZN CHAMPS bringing what I considered at the time my best most complete package yet , a controversial decision placed me second losing to SSN’s Chris Fitzpatrick. I qualified for SA Champs but decided not to enter due to family and work commitments.

A lot of audience members felt that I should have placed higher, unfortunately the judging is always a contentious area in bodybuilding as it is basically a panels collective opinions within a judging criteria. However the body building community sat up and noticed the arrival of a future star.

Its 5 years later and I am still as hungry as ever, this year 2014 should be my year and I feel I have improved in every area, By utilisng my arsenal of PNS’s latest cutting edge supplements that we have developed I am sure that this year my fortunes are definitely gonna be better, watch this space.

As I mentioned earlier my approach to training is very aggressive I will always attack my muscles utilizing, different angles, light and heavy weights with high and low rep ranges. However I never sacrifice form over weight.

The intensity at which I train is very high, as I only rest long enough to catch my breath back. I always train for the pump and when I start a set I do not put the weight down until I complete at least 3-5 reps inside the’burn’. As a body builder, I know that it is only within this zone that the most development and growth occurs. I always utilize Instinctive training and listen to my body. If I am feeling strong I go with it and move increasingly heavier poundages, if I feel weak I back off and rather move lighter weights with a higher rep range. This approach has allowed me to proceed mostly without major injury.

Nutrition is vitally important to my success in attaining the improvement in my physique, knowing this I try very hard to only eat nutrition that makes my job easier. Although I am only human and do from time to time cheat, this cheat will normally take place on Sunday where I reward myself for the hard work that I have put in during the week.

The P.N.S Training and Cardio system and diet is a perfect marriage for me and will be for most everybody as it is actually a way of life and not a ‘diet’. The guidelines are easy to follow and provide the framework for you to design for yourself your own individual diet that will lead you inevitably to your own personal physique goals.

The products and training and diet info we have developed for you will do what we say they will do. The products have been formulated using ingredients extracted and designed to help you accomplish just that . If its not on the bottle its not on the label , we have taken a no bull approach to help you ,almost hold your hand along the road to the body of your dreams. The P.N.S philosophy is that we only use tried and tested most researched and reputable ingredients in their highest mg active strength, we wont give you some experimental gobbledy-gook and snake oil from the Amazon, we respect your intellect and know that you only want the best for your body.

The relaunch now of the new PNS back into the wellness industry now in Feb 2014 will position us to be seen as a premium brand offering only the best and highest quality to our customers. PNS PRE-DATOR HYBRID PREWORKOUT is setting the pace for all the other PNS products to follow.

Yours in health, strength, performance and the quest to be your best!